My stack of books has finally dwindled down to a sane degree.  During the fall and spring semesters I usually have a mound of reading material on my bookshelf:  required books for any classes I am taking, philosophical literature I am reading for information, the one novel I am reading for pleasure, as well as various and sundry stray books that have wandered into my hands.  I often spend the month of June finishing all the literature I began before I allow myself the luxury of reading those one or two books I have picked for the summer.

One of the novels I finished in June was The Lantern Bearers, by Rosemary Sutcliff.  I picked it up, completely ignorant of its contents save that it was set in Roman Britain and somewhere within its leaves was that tantalizing quote I had read in an essay some time before—the quote which caused me to read the book in the first place and pull all the strings in the deepest corners of the internet to do so.

I was greeted immediately by sights and smells deliciously familiar.  Despite my more varied knowledge of the medieval era, the Romans are a people I am intimately connected with and their world is one which I can enter with great ease, for I know their language and, as I have said elsewhere, to learn a language is to learn a culture.  As I began to read, the morning sun tips down into the farm courtyard where Aquila sits with his sister Flavia on the terrace steps under the damson tree.  The atrium is behind them, where later a fire will burn in the hearth and Demetrius will read aloud the Odyssey, a tale Aquila knows like the back of his hand—as well as I know The Hobbit.

That was good enough for me.  Sutcliff had me completely in her power before the first chapter was finished.

The Lantern Bearers is set, as I mentioned, in Roman Britain, in the early 5th century.  Very briefly, it is about a young man named Aquila whose family home is burned by Saxon raiders.  He himself is taken captive by the Jutes and he serves as a thrall under their chief for three years before he is able to return to Britain.  He then enters the service of Ambrosius,1 the last British leader with Roman blood, and aids him in bringing the British together against Hengist and the Saxons.

It is thought-provoking story of how loss can turn a man inward, making him resistant to any love for fear of being hurt.  Far better to shut out the past and think only of the duty at hand, to avoid any true companionship, even if companionship means healing, for “It was easier not to think, not to remember,”2 than to aggravate a memory too painful to recall.

The Lantern Bearers raises the question of allegiance—Where does one’s allegiance lie?  With the leader whom one serves?  Or with the land in which one lives?  And what about duty?  Honour?  What role should these ideals play in one’s service?

It considers how the tone and mood of one’s actions and words speak louder than the mere words themselves (“It was not that you laughed at Rhyanidd about the pig, but the way that you laughed.  It is never the things that you do, but the way that you do them.”3).  The theme of Odysseus’ return to Ithaca is woven throughout, and the mental peace and refreshment offered by quietness, as well as the virtue of not asking questions, is tucked into its corners.

Unlike my reflections on The Hobbit and The Lord of the Rings, where I knew the majority of my readers were more than familiar with the tales, I am unsure how many of you have read The Lantern Bearers.  If you have, please, share your thoughts below.  Even if you have not, tell me, what do you think of the questions posed about allegiance and duty?

1There is rumour that Ambrosius is connected with King Arthur.  You can read more about that here.

2 thoughts on “Reflections on The Lantern Bearers, by Rosemary Sutcliff” 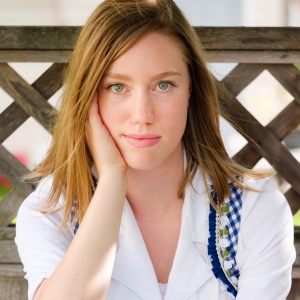