In some ways, C.S. Lewis and J.R.R. Tolkien differ greatly in their approach to stories.  However, in many other aspects the two share very similar ideas.  One example is in their depictions of the towns of Narrowhaven in The Voyage of the Dawn Treader, and Lake-town in The Hobbit.

The leaders of both towns are engrossed in the monetary gain of their respective cities.  In The Voyage of the Dawn Treader, the reader first finds Gumpas, the governor of Narrowhaven, “muddling and messing about with accounts and forms and rules and regulations.”1  On an even graver note, Gumpas has also allowed a slave trade to flourish in Narrowhaven on the argument that it is “an essential part of the economic development of the islands.”2  The economical situation of Narrowhaven is more important to Governor Gumpas than the welfare of the people in his charge.3

The Master of Lake-town, too, cares greatly for the commercial aspect of his city.  Tolkien says the Master did not “think much of old songs, giving his mind to trade and tolls, to cargoes and gold.”4  When Thorin and his company declare they must leave Lake-town and continue to the Lonely Mountain, the Master is not sorry to see them go for “They were expensive to keep, and their arrival had turned things into a long holiday in which business was at a standstill.”5  Like Governor Gumpas, the Master is eager to keep the business aspect of Lake-town alive, rather than offer his people a (probably well-earned) holiday.

Another parallel between the leaders of these towns is their unbelief.  When Caspian, the King of Narnia in The Voyage of the Dawn Treader, asks the Lord Bern if Governor Gumpas acknowledges the King as his overlord,6 Lord Bern replies,

“In words, yes.  All is done in the King’s name.  But he would not be best pleased to find a real, live King of Narnia coming in upon him.  And if your Majesty came before him alone and unarmed—well he would not deny his allegiance, but he would pretend to disbelieve you.”7

As far as formalities go, Gumpas may say he acknowledges the King of Narnia, but this does not influence his actions.

The same follows for Lake-town with respect to the King under the Mountain.  Though some sing of a day when Thror and Thrain will return to the Mountain and gold will flow anew, “this pleasant legend did not much affect their daily business.”8  Even upon seeing Thorin and his company in his hall, the Master is more inclined to believe the raft-men when they claim the dwarves are prisoners of the Elvenking, than that Thorin is indeed the King under the Mountain returned, “if any such person had ever existed.”9  However, the Master is afraid of the people, so he also puts a false face on the situation, pretending to believe Thorin.

It is clear that Tolkien and Lewis do not consider such characters honourable and both leaders are suitably dealt with.  Governor Gumpas is relieved of his office and replaced by the responsible Lord Bern.  After Bard’s noble performance as dragon-slayer, the Master of Lake-town fades considerably in his people’s regard and, having fled the town with much gold, he dies of starvation in the Waste.  An unfortunate end, but it proves a point.  Both Lewis and Tolkien do not think much of people who place high value on monetary gain and low value on tales—whether true or false.

1C.S. Lewis, The Voyage of the Dawn Treader, Chapter 4

3In The Voyage of the Dawn Treader, Governor Gumpas is sometimes referred to as “his Sufficiency.”  Due to the overwhelming lack of order and dignity in Narrowhaven as a result of his leadership, it is a running joke between my siblings and I to call him instead “his Deficiency.”

6C.S. Lewis, The Voyage of the Dawn Treader, Chapter 3 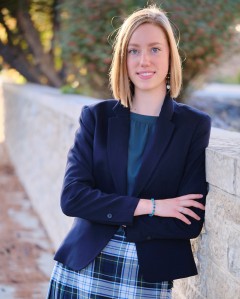